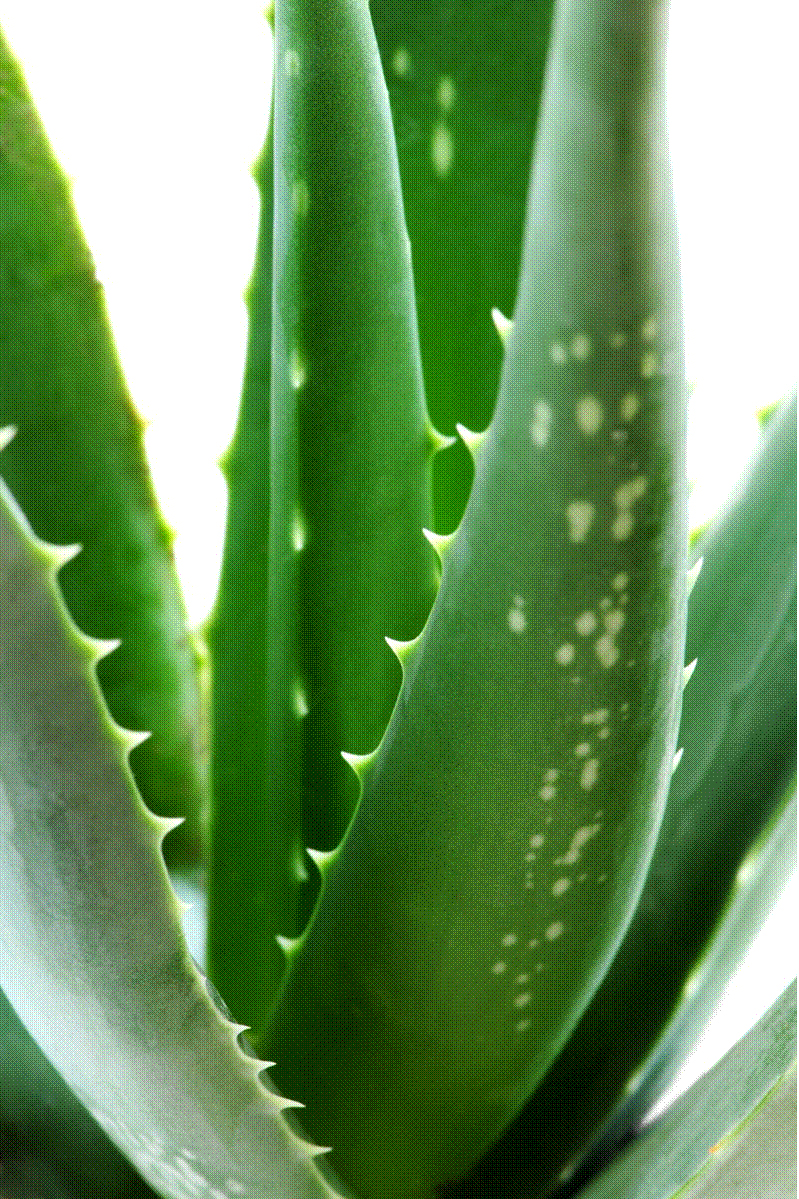 What is aloe vera?

Aloe vera is a stemless or very short-stemmed succulent plant growing to 60–100 cm (24–39 in) tall, spreading by offsets. The leaves are thick and fleshy, green to grey-green, with some varieties showing white flecks on the upper and lower stem surfaces. The margin of the leaf is serrated and has small white teeth. The flowers are produced in summer on a spike up to 90 cm (35 in) tall, each flower pendulous, with a yellow tubular corolla 2–3 cm (0.8–1.2 in) long. Like other Aloe species, Aloe vera forms arbuscular mycorrhiza, a symbiosis that allows the plant better access to mineral nutrients in soil.

Aloes are succulent, clumping plants with fleshy, toothed (non-fibrous) leaves. THere are about 300 species of aloe; they live in warm, dry habitats and most originated in northern Africa. Aloe vera is a popular plant whose gel-like sap is used as a medicinal salve; it is originally from northern Africa, the Cape Verde Islands, and the Canary Islands. Aloe vera has gray-green leaves and tubular yellow flowers that grow on a stalk that is up to 3 feet tall. Classification: Family Liliceae (lilies). Genua Aloe, Species - about 300 including A. vera, A. ferox, etc.

Aloe vera can be grown as an ornamental plant. Aloe vera has been widely grown as an ornamental plant. The species is popular with modern gardeners as a putatively medicinal plant and due to its interesting flowers, form and succulence. This succulence enables the species to survive in areas of low natural rainfall, making it ideal for rockeries and other low-water use gardens. The species is hardy in zones 8–11, although it is intolerant of very heavy frost or snow. The species is relatively resistant to most insect pests, though mealy bugs, scale insects and aphid species may cause a decline in plant health. In pots, the species requires well-drained sandy potting soil and bright sunny conditions. The use of a good quality commercial propagation mix or pre-packaged "cacti and succulent mix" is recommended as they allow good drainage. Terracotta pots are preferable as they are porous. Potted plants should be allowed to completely dry prior to re-watering. During winter, A. vera may become dormant, during which little moisture is required. In areas that receive frost or snow the species is best kept indoors or in heated glasshouses. Large scale agricultural production of Aloe vera is undertaken in Australia, Cuba, the Dominican Republic, China, Mexico, India, Jamaica, Kenya and South Africa, along with the USA to supply the cosmetics industry with Aloe vera gel. 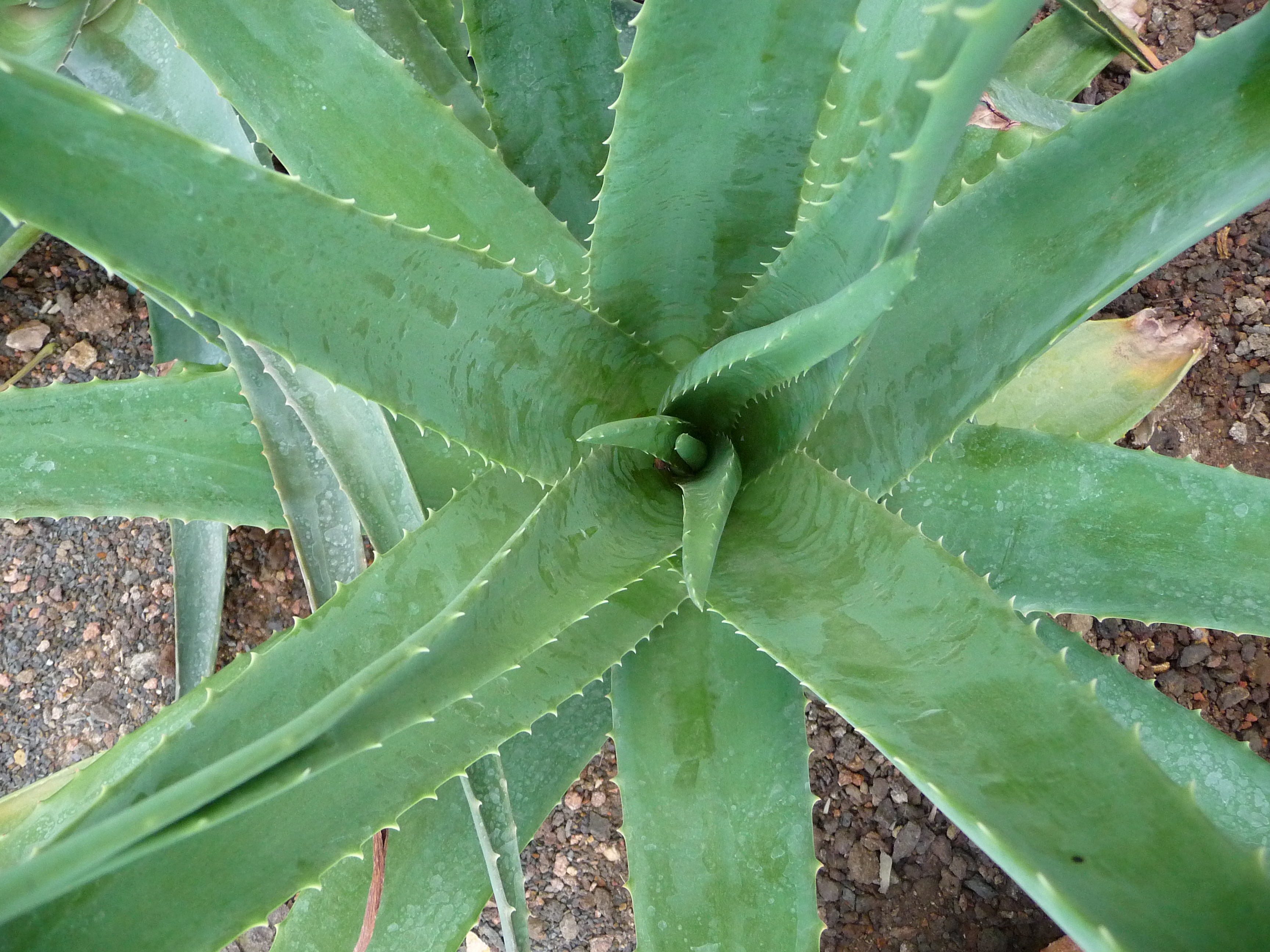 Scientific evidence for the cosmetic and therapeutic effectiveness of Aloe vera is limited and when present is typically contradictory. Despite this, the cosmetic and alternative medicine industries regularly make claims regarding the soothing, moisturising and healing properties of Aloe vera, especially via Internet advertising. Aloe vera gel is used as an ingredient in commercially available lotion, yogurt, beverages and some desserts. Aloe vera juice is used for consumption and relief of digestive issues such as heartburn and irritable bowel syndrome. It is common practice for cosmetic companies to add sap or other derivatives from Aloe vera to products such as makeup, tissues, moisturizers, soaps, sunscreens, incense, razors and shampoos. It has also been suggested that biofuels could be obtained from Aloe vera seeds. Other uses for extracts of Aloe vera include the dilution of semen for the artificial fertilization of sheep, use as fresh food preservative, and use in water conservation in small farms.

Aloe vera juice for ingestion.Aloe vera has a long association with herbal medicine, although it is not known when its medical applications were first discovered. Early records of Aloe vera use appear in the Ebers Papyrus from 16th century BCE, in both Dioscorides' De Materia Medica and Pliny the Elder's Natural History written in the mid-first century CE along with the Juliana Anicia Codex produced in 512 CE. Aloe vera is non-toxic, with no known side effects, provided the aloin has been removed by processing. Taking Aloe vera that contains aloin in excess amounts has been associated with various side effects. However, the species is used widely in the traditional herbal medicine of China, Japan, Russia, South Africa, the United States, Jamaica and India.

Aloe vera is alleged to be effective in treatment of wounds. Evidence on the effects of Aloe vera sap on wound healing, however, is limited and contradictory. Some studies, for example, show that Aloe vera promotes the rates of healing, while in contrast, other studies show that wounds to which Aloe vera gel was applied were significantly slower to heal than those treated with conventional medical preparations. A more recent review (2007) concludes that the cumulative evidence supports the use of Aloe vera for the healing of first to second degree burns. In addition to topical use in wound or burn healing, internal intake of Aloe vera has been linked with improved blood glucose levels in diabetics, and with lower blood lipids in hyperlipidaemic patients, but also with acute hepatitis (liver disease). In other diseases, preliminary studies have suggested oral Aloe vera gel may reduce symptoms and inflammation in patients with ulcerative colitis. Compounds extracted from Aloe vera have been used as an immunostimulant that aids in fighting cancers in cats and dogs; however, this treatment has not been scientifically tested in humans. The injection of Aloe vera extracts to treat cancer has resulted in the deaths of several patients.

Topical application of Aloe vera may be effective for genital herpes and psoriasis. However, it is not effective for the prevention of radiation-induced injuries. Although anecdotally useful, it has not been proven to offer protection from sunburn or suntan. In a double-blind clinical trial the group using an Aloe vera containing dentifrice and the group using a fluoridated dentifrice both demonstrated a statistically significant reduction of gingivitis and plaque.